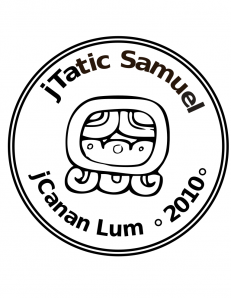 On 27 July was announced the call for the 2011 “jTatic Samuel jCanan Lum” Honor, an award presented last January to the Diocesene Coordination of Women (Codimuj), the Mayense-Indian Ecumenical Theology group, the social organization Las Abejas of Acteal, and professor Patishtán Gómez, the last being a prisoner unjustly held for 10 years, a founding member of the political-prisoner organization “The Voice of Amate.”  In a public event carried out by the recognized actors together with the organizations involved in the process–the Fray Bartolomé de las Casas Center for Human Rights (CDHFBC), the Commission to Support Communal Unity and Reconciliation (Coreco), Social-Economic Development of Indigenous Mexicans (Desmi), the Institute of Intercultural Studies and Investigations (INESIN), Services and Assessment for Peace, the International Christian Service of Solidarity with the People of Latin America (Sicsal), and the International Service for Peace (SIPAZ)–this year’s recipients shared their lived-experiences since Samuel Ruiz García, bishop emeritus of the diocese of San Cristóbal de Las Casas, granted them the recognition on 24 January 2010.

The “jTatic Samuel jCanan Lum” Honor aims to recognize the work of women and men, organizations, and collectives that have contributed to the people in their construction of communal alternatives, and/or regional such alternatives, as well as for work in promotion of unity and peaceful social transformation, in addition to making-known and encouraging such work. The charge of “jTatic Samuel jCanan Lum” was given to Samuel Ruiz García on 14 October 1999 in Amatenango del Valle from the tsotsil, tseltal, ch’ol, tojolab’al, and zoque peoples as a recognition of his role as protector of the people, who love him and defend him, beyond its recognition of his dedicating his life to the service of others.  jTatic Samuel has recognized that his work is part of a historical process from the communities and peoples that seek liberation; he has also declared that the recognitions he has received are also for the people who act as subject of their own history and who, with their work, love and defend the people.

This entry was posted on Monday, August 2nd, 2010 at 4:20 pm and is filed under Chiapas, Human Rights, Human Rights Defenders, Indigenous people, Las Abejas, Political Prisoners/Prisoner of Conscience, SIPAZ activities. You can follow any responses to this entry through the RSS 2.0 feed. You can leave a response, or trackback from your own site.