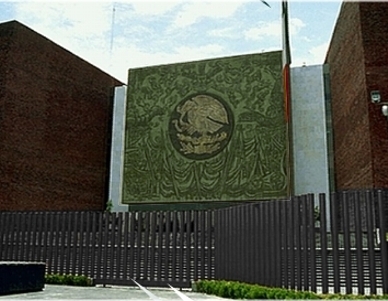 On December 14, the House of Representatives unanimously approved reforms on Human Rights that would entail changes in eleven articles of the Mexican Constitution. It will be returned to the Senate, since it amended some of its scopes, among them the fact that the National Human Rights Commission (CNDH) will now be entitled to investigate serious Human Rights violations, though without obtaining the same powers as investigating authorities.

The draft amendment to Chapter I of Title I of the Constitution includes the concept of human rights, expanding the one of “individual rights”, and recognizes the protection of international treaties signed by Mexico in this regard. It also incorporates the prohibition of discriminatory practices motivated by sexual preference, in addition to national or ethnic origin, gender, age, disability, social status, health status, religion, and marital status.

The ruling sets out the procedure to restrict or suspend the exercise of rights and guarantees, in case of invasion, serious disturbance of public peace or any other situation that may put society in great danger or conflict. It stresses that in no case the exercise of the rights to life, personal integrity, non-discrimination, protection of the family, nationality, or the rights of children, political rights, freedom of thought, conscience and religious belief may be restricted or suspended. The power to suspend the exercise of rights and guarantees will correspond to the President of the Republic, with the approval of the chambers of Congress or, in case of recess, the Standing Committee.

The amended Article 33 limits the ability of the Executive to expel foreigners who will be granted a full hearing, and, as a principle of foreign policy, the protection and promotion of human rights will be added to Article 89.

Another amendment will compel officials that don’t abide by the recommendations of the Ombudsman to give a public explanation.

Alberto Herrera, executive director of Amnesty International (AI) Mexico, said that this is a very important reform. He acknowledged that it opens a door for inclusion of international human rights treaties in the Constitution, which would serve to address several of the loopholes in the text.

The Mexico Office of the High Commissioner for Refugees (UNHCR) approved the initiative but demanded the Congress to change the wording of Article 11 of the initiative, because as it stands, it allows terminological and conceptual confusion that may undermine the protection of asylum guarantee.

In a joint statement on December 15, nearly 20 Mexican civil organizations welcomed the adoption of the constitutional reforms on Human Rights and urged the Senate to prioritize their approval, which, they consider, is a historic triumph for the Human Rights movement in Mexico. They stressed: “[I] n addition to the incorporation into the Constitution of the rights contained in international treaties on the subject, are worthy of note: the inclusion of the criterion of consistent interpretation, the emergency state regulation, control of the constitutionality of the decrees issued by the Executive in such a state and the explicit protection of human rights that under no circumstances might be suspended, the recognition of the right of audience in the process of foreigners’ expulsion, the centrality of Human Rights in education, in the prison system and in foreign policy, the right for everyone to seek and enjoy asylum from persecution, and the strengthening of the powers of public bodies designed for human rights protection, among others. Such a reform is crucial to update the Constitution in this area and represents the most important step Mexico has taken in decades, so that all people will be provided with the protection of human rights included in the Constitution and in international treaties, which is why we urge the Senate to prioritize the adoption of this fundamental reform in the legislative agenda .”

The National Human Rights Commission (CNDH) also welcomed the constitutional reform approved unanimously by the House of Representatives in the field. They expressed that they felt that it strengthens and extends the protection of human rights.