Oaxaca: Five members of the Committee of Resistance to Wind Projects from Unión Hidalgo are arrested 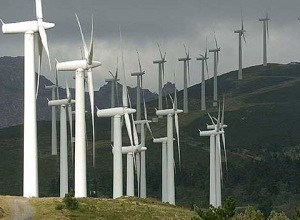 On the afternoon of 22 March, five members of the Committee of Resistance to Wind Projects from Unión Hidalgo who are associated with the Assembly of the Indigenous Peoples of the Tehuantepec Isthmus in Defense of Land and Territory (APIITDTT) were detained by agents of the state police in that community.  They oppose the Piedra Larga wind-energy park that has been developed by the firm Wind-Development in Mexico (Demex), which is a subsidiary of the Spanish company Renovalía Energy.

The APIITDTT communiqué denounced that “Our comrades who are defending human rights are being charged with the crime of ‘opposition to public works,’ when the project is being carried entirely by PRIVATE interests.  The energy that is sought through development in the community of Unión Hidalgo, like all wind-projects in the region, will be to provide energy to another private firm–in this case, the BIMBO corporate group.  It is in no way a public resource or utility.”

Human-rights organizations indicate the following in light of these arrests: “Newly social protest is criminalized, as is the defense of rights to land and territory in the Tehuantepec Isthmus,” adding that “Today’s arrest is only the latest in a series of intimidational and violent acts that human-rights defenders from Unión Hidalgo have been subjected to.”  They recall that “One month ago was arrested the defender Lucila Bettina Cruz Velázquez in an attempt to put a halt to her defense of the land and territory of the small landowners of Unión Hidalgo.”

On 27 March, in a protest regarding arrest without arrest-orders, members of the community of San Dionisio del Mar and San Francisco del Mar, delegates of the Union of Indigenous Communities of the Northern Zone of the Isthmus (Ucizoni), as well as of Section 22 of the National Educational Workers’ Union carried out a five-hour blockade of the work carried out by the Demex firm.

Oaxaca: Indigenous individuals from the Isthmus denounce threats by Spanish firm in response to their opposition to planned construction of wind-plants (5 July 2011)

Oaxaca: Possible conflict regarding wind-energy projects in the Isthmus of Tehuantepec (18 January 2011)

This entry was posted on Monday, April 2nd, 2012 at 11:37 pm and is filed under Human Rights, Human Rights Defenders, Indigenous people, Justice system, Land and Territory, Land rights, Mining, Oaxaca. You can follow any responses to this entry through the RSS 2.0 feed. You can leave a response, or trackback from your own site.