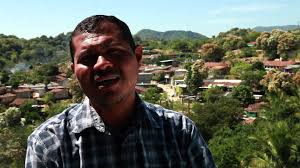 On 21 August, the spokesperson for the Council of Ejidos and Communities Opposed to the La Parota Dam (CECOP), Marco Antonio Suástegui Muñoz, was released after having been incarcerated for fourteen months. He had been arrested on 17 June 2014 on the charge of having participated together with eight other opponents to the La Parota dam project in a shootout and attempted murder.

The Tlachinollan Mountain Center for Human Rights, which provides him counsel, reiterated in this sense that “the case of Marco Antonio Suástegui is a clear example of how the ministerial power strives to fabricate charges and act swiftly to criminalize him. This they have done also with Nestora Salgado, Gonzalo Molina, Arturo Campos, and the communal police of Ayutla.”

On various occasions after his release, Marco Antonio Suástegui expressed his gratitude for the support he received, even though “justice is still pending.” He also affirmed that the struggle against the La Parota dam will continue, and he pronounced himself before the media in favor of the release of all political prisoners: “We will struggle for Nestora, Gonzalo, Arturo, and all those communal guardians who are unjustly imprisoned. I believe that CECOP has three objectives at this time. The first is the definitive cancellation of the La Parota dam, the second to request release of political prisoners, and the third to promote development in our communities.”

Guerrero: Marco Antonio Suastegui, opponent to the La Parota dam, is ordered to return to a Guerrero prison (8 February 2015)

Guerrero: The Navy has tried to arrest him, denounces brother of CECOP spokesperson (30 December 2014)

This entry was posted on Friday, September 11th, 2015 at 8:31 am and is filed under Guerrero, Mining, Political Prisoners/Prisoner of Conscience. You can follow any responses to this entry through the RSS 2.0 feed. You can leave a response, or trackback from your own site.