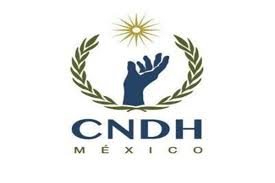 On November 5th, in a communiqué addressed to the ministers of the Supreme Court of Justice of the Nation (SCJN in its Spanish acronym), the National Commission for Human Rights (CNDH in its Spanish acronym) asked it to declare the Interior Security Law, passed in December 2017, unconstitutional in its entirety. It is expected that next November 12th the Court will resolve the challenges before it.

The CNDH argued that “its validity allows perpetuating a state of unconstitutional matters that is contrary to full respect for fundamental rights and the dignity of the people, for which a careful call is made to the Ministers to reconsider the content and the scope of Article 20 of the law, which establishes a full subordination of the civil authorities in command of the Armed Forces, for which reason it should be reconsidered that security actions must be directed at all times by a civil authority, in full respect of the human rights recognized in the Federal Constitution and in international treaties.”

It also expressed its concern on issues such as the incompetence of the Congress of the Union to legislate on matters of internal security; the lack of prior consultation of indigenous peoples and communities; and the authority granted by the military authorities to request any information.

Finally, it stressed, just as it had done before the approval of the Law, the participation of the armed forces in public security tasks “is not the most adequate response to face the crime rate that afflicts our country, given the special nature of his constitutional functions; the above, while recognizing its institutionality, commitment and delivery in the tasks entrusted. On the contrary, the training and training of police officers should be favored; financial intelligence and patrimonial research; the strengthening of prevention, as the attention of inequalities, favoring and serving the exercise of social rights, as well as the attention of arms trafficking, in addition to carrying out a review and rethinking of our penitentiary system.”

This entry was posted on Wednesday, November 7th, 2018 at 4:59 pm and is filed under criminalisation of social protest, Human Rights, Human Rights Defenders, Justice system, Mexico, Militarization, Uncategorized. You can follow any responses to this entry through the RSS 2.0 feed. You can leave a response, or trackback from your own site.