Guerrero/National: Following the creation of the Office for Specialized Investigation, relatives of the 43 suspend their sit-in

Image commemorating one year since the forcible disappearance of the 43, San Cristóbal de Las Casas, Chiapas

After five days of sit-ins near the presidential residence of Los Pinos in Mexico City, parents of the 43 students forcibly disappeared in Iguala, Guerrero, suspended their protest on 1 December. The catalyst of this action was their meeting with the Attorney General Arely Gómez González, who announced to the families the creation of an Office for Specialized Investigation, which will be assessed by the Interdisciplinary Group of Independent Experts (GIEI), from the Inter-American Commission on Human Rights (IACHR). Vidulfo Rosales, lawyer for the families of the disappeared students, declared that the creation of this new office for investigation signifies a change in the federal government’s posture, rejecting the line of investigation known as the “historical truth” and instead investigating new lines proposed by the GIEI report. “The creation of a new office is the beginning, but for us it is significant because we are starting a new phase in the investigations, and for this reason I have some hope for the parents,” he said. According to Cimac News, the relatives will meet each 15 days with members of the Office and monthly with the Attorney General’s Office (PGR) to monitor progress in the case.

It bears mentioning that the government attempted to close the case and has failed to observe several of the agreements previously made with the families. In this way, the families gave a vote of confidence in the new office, being accompanied by the GIEI. “We’re going to go, but we’re going to continue struggling. We hope that they do what they say,” added the father of one of the disappeared students.

Guerrero: Denunciation of Mexican State before Inter-American System of Human Rights due to death and torture of student-teachers in Ayotzinapa, 2011 (26 December 2015)

National: Mobilizations within and outside the country for the first anniversary of the forcible disappearance of the 43 students from Ayotzinapa (10 October 2015)

Chiapas: Actions for the one-year anniversary of the Ayotzinapa disappearances (8 October 2015)

Guerrero/National: “Fruitless” meeting between relatives of the disappeared from Ayotzinapa and EPN (8 October 2015)

Guerrero: Group of Experts on Ayotzinapa case presents its report 6 months on (13 September 2015)

National: Changes in EPN’s cabinet, as Murillo Karam resigns as Attorney General, and Lía Limón resigns from post as Subsecretary for Legal Affairs and Human Rights 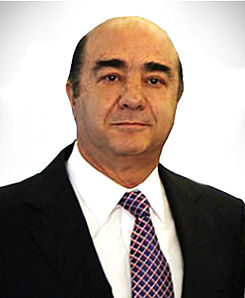 At the end of February, following large protests in Mexico City in observance of five months since the forcible disappearance of 43 students from the Rural Normal School of Ayotzinapa in Guerrero, Jesús Murillo Karam, Federal Attorney General, presented his resignation from the post which he had held for more than two years.  He will now lead the Secretary for Agrarian, Territorial, and Urban Development (SEDATU) while Arely Gómez González, an attorney and senator, will direct the PGR.

On 4 March, the ex-PAN member Lía Limón García resigned from the Subsecretary for Legal Affairs and Human Rights, leaving Ricardo Sepúlveda Iguíniz in her place.  This latter figure had previously served as director general of Public Policies on Human Rights in the same institution.  The media indicated the Ayotzinapa case as a possible reason for her departure, given that she had been in charge of attention to victims and governmental responses to national and international human-rights groups that released alerts and recommendations regarding the forcible disappearance of the students.  Lía Limón will pursue a congressional seat, now that she has joined the Green Ecologist Party (PVEM).