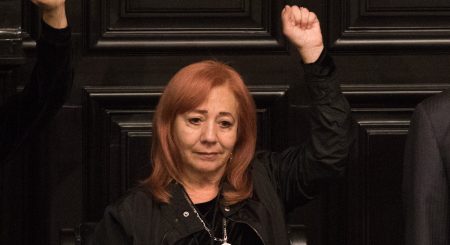 On November 7, the Senate elected the new head of the National Human Rights Commission (CNDH). With 76 out of 114 votes cast in her favor, Rosario Piedra Ibarra, human rights activist and daughter of the founder of the Eureka! Committee, an organization of mothers and relatives of the disappeared, was elected as the new ombudsman, while candidates Arturo Peimbert Calvo and José de Jesús Orozco Henríquez received 24 and 8 votes respectively.

After the vote, members of the National Action Party (PAN) denounced that in reality 116 instead of 114 legislators voted and that there was fraud in the process. “We demand the annulment of the vote to elect the incumbent of the @CNDH. [. . . ] We cannot allow FRAUD to be done in the Senate of the Republic”, Martha Márquez of the PAN reported on Twitter. It should be noted that the only people empowered to count votes are the secretaries of the Board of Directors of the Chamber where the PAN is represented by one secretary.

PAN senators also criticized that Rosario Piedra Ibarra was a candidate for federal congresswoman for Morena: “Today Morena did not vote in favor of the Mexicans, they voted for a president of the @CNDH who will act under the command of the President”.

“I am never going to submit to a partisan idea that would be contrary to what is in my own conscience“, emphasized the new president of the CNDH before the accusations. She also stated that she wants to prevent the CNDH from becoming a instance of “simulation” with the promise of putting herself “in the shoes of the victims”.

On voting day she announced on her Twitter account: “A new period for human rights begins today. I heartily thank the people who place their trust in me and rest assured that I will work the same way I have for over 40 years. May this achievement be for all of us.”