Oaxaca: Declaration of rejection of hydroelectric and mining projects in the Coastal region

On 14 November, some 400 people representing 51 communities of the coastal and southern mountainous regions of Oaxaca as well as civil organizations met for the regional forum “Imperiled Rivers and Mountains” – Peoples and their Right to Land, held in Tataltepec de Valdés, Juquila. During the Forum, a declaration was developed that denounces the existence of “at least 14 hydroelectric projects in the coastal region of Oaxaca, as well as several mining projects. Many of these we reject in unison, but now they have been relaunched by federal authorities together with the Oaxacan state government.” Beyond this, they indicated “in a unanimous voice” their repudiation of the “projects of hydroelectric dams and mines that threaten our indigenous lands,” given that “new risks have been reactivated” following the “energy reform approved by the local and federal governments.”

Lastly, they concluded that “the dam- and mining-projects create great damages in our territories and environments by devastating the water supplies and thus putting at risk the continued existence of our lives as peoples. They also create social and cultural problems by dividing us over the question of whether to invite transnational corporations in. They further destroy the environment as they seek to flood our lands, and they use chemicals that contaminate the water, the land, the soils, and even the very air we breathe.”

Oaxaca/National: Peaceful protest by COPUDEVER to mark “International Day of Action against Dams and for Rivers, Water, and Life” (28 March 2014)

Oaxaca: 7 persons detained in the “violent” displacement of Cacalotillo beach 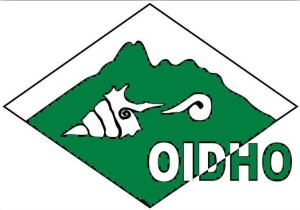 The Indigenous Organizations for Human Rights in Oaxaca (OIDHO) has denounced that on 11 March a police operation entered “with an excess of force” to the land belonging to the Cacalotillo Cooperative for Aquaculture and Fishing, San Pedro Tututepec municipality, Juquila, to displace the community, leaving seven members of the Cooperative arrested.

OIDHO also denounced the organization that “attacked and threatened residents of the communities with death […].  Women and female children were threatened with rape if they did not leave the land.”  OIDHO affirmed that the police were acting on the orders of Francisco Gil, “a rich and powerful man who would like to have the land for himself.  Residents of the beach community yelled at them [the police] that their arrest-orders had been fabricated,” noted the press release.

It should be noted that the Cacalotillo Cooperative recovered the land “using juridical means and legal possession for more than a year, thus founding the community and resisting the caciques of the region” who have interests in the beach for touristic purposes.  In this way, “the residents of the community and Cooperative members have been subjected to death threats,” and the Judicial Police has arrived to intimidate and sow fear, as indicated in the denunciation.