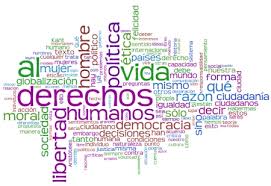 On 2 October, the last day of its visit to Mexico, the Inter-American Commission on Human Rights (IACHR) presented its preliminary conclusions. During its visit to six states of the Republic, the delegation heard the testimony of victims of human-rights violations, held meetings with representatives of civil society as well as international organizations, academics, journalists, and interviewed officials from the three levels of government. In conclusion, the IACHR spoke to “the grave human-rights crisis experienced in Mexico, as characterized by an extreme situation of insecurity and violence and grave violations. The problems we have described are the result of a structural situation that Mexico has suffered now for decades.” With regard to the reasons for this crisis, the team indicated “the lack of access to justice” which has generated a structural situation of impunity which allows for the repetition of human-rights violations. The IACHR expressed its willingness to work with the Mexican State to seek solutions to protect basic rights and promote the observation of international standards in human rights. The IACHR will prepare and publish a report on Mexico next year.

After hearing these conclusions, Roberto Campa Cifrián, Subsecretary for Human Rights at the Ministry for Governance, reacted by saying this preliminary report “does not reflect the reality of the country,” as the conclusions were the product of “interviews and meetings” in “only six of the 32 states […] held over a course of five days.” Several non-governmental organizations condemned the response of the Subsecretary, holding it to be a dismissal of the international organizations and experts who have documented the reality of the country. The Miguel Agustín Pro Juárez Human Rights Center proposed in a communique that the government “take up the conclusions and recommendations made [by the IACHR] […] to then implement policies, programs, laws, and above all practices to allow for the effective access to truth, justice, compensation, and the decrease in human-rights violations throughout the country.”

Guerrero: IACHR experts confirm that the Ayotzinapa case is a forcible disappearance and crime against humanity (10 April 2015)