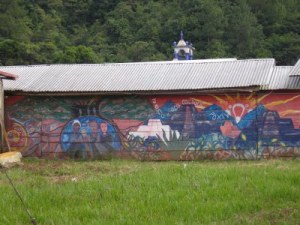 Five Tzeltal campesinos–support-bases of the Zapatista Army of National Liberation (EZLN)–who had been detained in the municipal prison of Ocosingo since 11 May were released without charges by the authorities the following day.  They had initially been arrested by residents of the Peña Limonar ejido and were later transferred by the State Preventive Police (PEP) to the charge of the Public Ministry.

The La Garrucha Good-Government Council (JBG), located in the municipality of Ocosingo, denounced their detention on 10 May together with the disappearing of 9 other Zapatistas from the community of Amaytic.  In its communiqué, the JBG found “the three levels of government, FEDERAL, STATE, AND MUNICIPAL” responsible for the events, given that they “had not paid attention to the question of resolving this problem.”

The conflict dates back to at least August 2002, during which time two Zapatista authorities were killed after they had moved to Peña Limonar.  According to the La Garrucha JBG, they desired to return to Amaytic in March 2010, occupying land by force and generating a climate of hostility.

Five Zapatista support-bases are released for lack of evidence (La Jornada, 13 May)

Five detained members of the EZLN are returned (Cuarto Poder, 13 May)

Communiqué of Caracol III “Resistance toward a new dawn” (10 May)