Guerrero: Relative of PRD member is killed in the Petatlán municipality 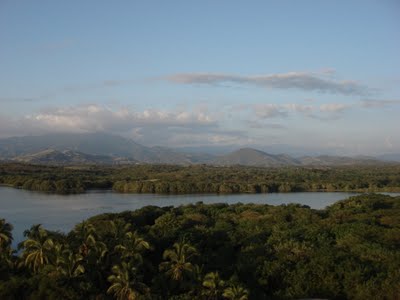 On 13 June, in the La Barranca community, Petatlán municipality, Justiniano Rosas Farías, father of Álvaro Rosas Martínez, ex-director of the PRD in this municipality who was disappeared and later killed in 2009, was himself shot dead.  Perfecto Rosas Martínez, ex-member of the PRD state directorship and collaborator with federal representative Sebastián de la Rosas Peláez, held Ángel Aguirre Rivero’s government to be responsible for giving protection to the Torres community of La Morena who had threatened his father.  One of the Torres Perfecto was referring to was Felipe, brother of the ecologist Javier TOrres Cruz, who was ambushed and murdered in April 2011.  The activist in defense of the forests of the Petatlán sierra denounced ex-mayor and cattle-herder Rogacinao Alva Álvarez of being the intellectual author of the murder of the human-rights defender Digna Ochoa y Placido in 2007.

Guerrero: Lucio Cabañas’ widow and her sister are murdered (17 July)

Guerrero: The ecologist campesino Javier Torres Cruz is murdered (6 May 2011)

Guerrero – briefs:  Concern for the safety of the inhabitants of La Morena (28 December 2010)

According to an Urgent Action from the World Organization Against Torture, December 3, Javier Torres Cruz disappeared while on route to visit his sister Agustina Torres Cruz in Petatlán from his own community of La Morena. Family members began looking for Torres after a telephone conversation between he and his siter was abruptly dropped, however they were unable to find either Torres or his vehicle.

Torres Cruz is a member of the Ecologist Organization of the Coyuca and Petatlán Sierra in addition to being one of the principle witnesses for the Attorney General of the Federal District [Mexico City] (PGJDF, Procuraduría General de Justicia del Distrito Federal) in their case regarding the death of lawyer and human rights defender Digna Ochoa y Plácido. Last year Torres Cruz testified along with his uncle Isaías Torres Rosas that the ex mayor of Petatlán and major landowner Rogaciano Alva Álvarez had ordered three gunmen to kill Digna Ochoa on October 19, 2001. Due to this testimony, the PGJDF recently opted to reopen the case. Isaías Torres Rosas was subsequently murdered in January of this year leaving Torres Cruz the sole remaining witness in the Ochoa case.

It is worth mentioning that on November 13, 2008, Torres Cruz’ community of La Morena was subject to a military operation consisting of 100 military personnel. According to several eyewitnesses, the same Rogaciano Alva Álvarez was present at the operation along with a group of armed civilians. The armed group remained in the community until the following morning. According the Mexican daily, La Jornada, the lawyer representing the family of Digna Ochoa, Manuel Fuentes Muñiz, pointed out that it is quite likely that Rogaciano Alva Álvarez is implicated in the disappearance of Javier Torres Cruz.