National/International: civil organizations and Mexican State before the IACHR 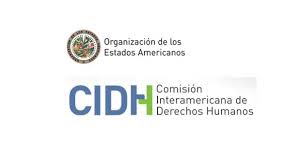 During the last week of October, at least 20 Mexican civil organizations testified at five audiences before the Inter-American Commission on Human Rights (IACHR) in Washington, D.C., to denounce past cases of impunity as well as current human-rights violations and the criminalization of social protest in the country.

The first audience had been requested by the Mexican government to present the National Program on Human Rights.  At the doors of the hall where the audience was to be held, dozens of protestors were assembled, holding photos of the 43 disappeared normalist students from Ayotzinapa.  They received the Mexican governmental delegation with the slogan, “Alive you took them; alive we want them back!”  Lía Limón García, subsecretary on Juridical Affairs and Human Rights from the Secretary of Governance (SEGOB), recognized that Mexico is experiencing a time that challenges the normative advances made by the country’s government in recent years, and she affirmed that “the Mexican State will not rest until we find the normalist students.”

The Mexican civil-society organizations denounced for their part that “the humanitarian crisis confronting the country due to testimonies and denunciations of the disappeared, murdered, displaced, tortured, and injured have been ignored, covered up, and reduced to mere statistics by the government.”  They indicated that “the government’s efforts are focused on demonstrating the ‘Mexican moment’ of supposed progress and welfare.”  They also accused the State of “being responsible for the perpetration and perpetuation of grave, generalized, and systematic human-rights violations.”

Cases of disappearances and execution of persons from the 1960s, 1970s, and 1980s were also discussed, with this period of time being stressed as featuring “the connection between impunity for crimes committed during the badly named Dirty War and what is now happening in Mexico.”

The executive secretary of the IACHR, Emilio Álvarez Icaza (Mexican), lamented that the forcible disappearances recur as practices in the country, and he affirmed that “the events of Ayotzinapa, Tlatlaya, and Puebla are lamentable, but so is the fact that these types of crimes took place previously.  This is a worrying sign.”

Another audience addressed the restrictions on protest made by legislation and the human-rights violations associated with repression of protest-actions.  10 federal and local bills were discussed that would regulate and constrain mobilizations.